by Milton Raposo 00:01:25
Like & Share:
Description
A spot that MMB did for the Bermuda Tourism Authority. The 30 second version is part of an advertising drive in the North American East Coast market, including Canada.
The premise here revolves around what sounds a visitor to Bermuda might encounter.

Official text reads:
A day in Bermuda is a day like no other. Your island escape is just two hours from most major east coast U.S. airports.
Start your day with a spectacular view and a meal filled with local flavors — the codfish breakfast is a Bermudian favorite. Take a walk along the waves on one of the island’s legendary beaches, among them Horseshoe Bay Beach, one of USA Today’s Top Caribbean beaches. At just 22 square miles, Bermuda is easy to get around — you’re always just minutes from some of the world’s best golf courses, historic lighthouses, eco-adventures, exciting water sports and much more.
If you’re in search of a thrill, take a running jump into the ocean at Admiralty House Park, one of Men’s Journal’s Most Adventurous Beaches for 2015. Enjoy one of Bermuda’s signature cocktails — the Dark ’n Stormy or the Rum Swizzle — at an open-air lounge, just steps from the water. Head for the open seas aboard a yacht: Bermuda’s sailing heritage runs deep and the island will host the prestigious America’s Cup in 2017.
On Wednesday nights during the summer head to Hamilton’s Front Street for Harbour Nights, a street party offering food, drink and live entertainment, including Bermuda’s colorful Gombey dancers.
Your Bermudaful life awaits at GoToBermuda.com.
bermuda tourism
Comments (0)
Video Categories
View More 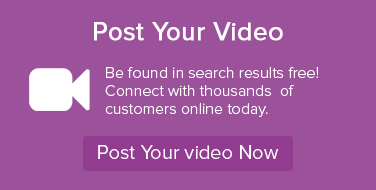