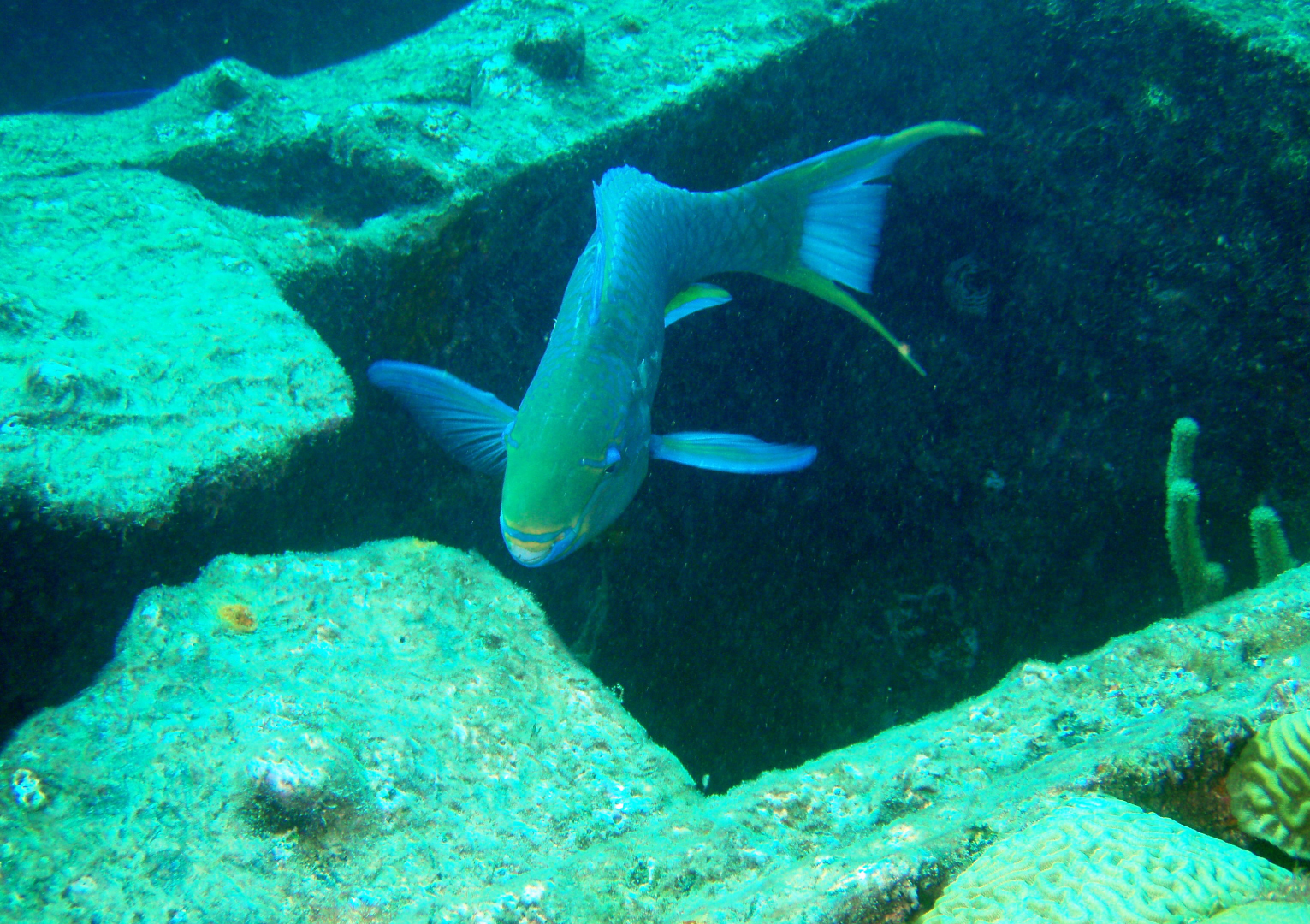 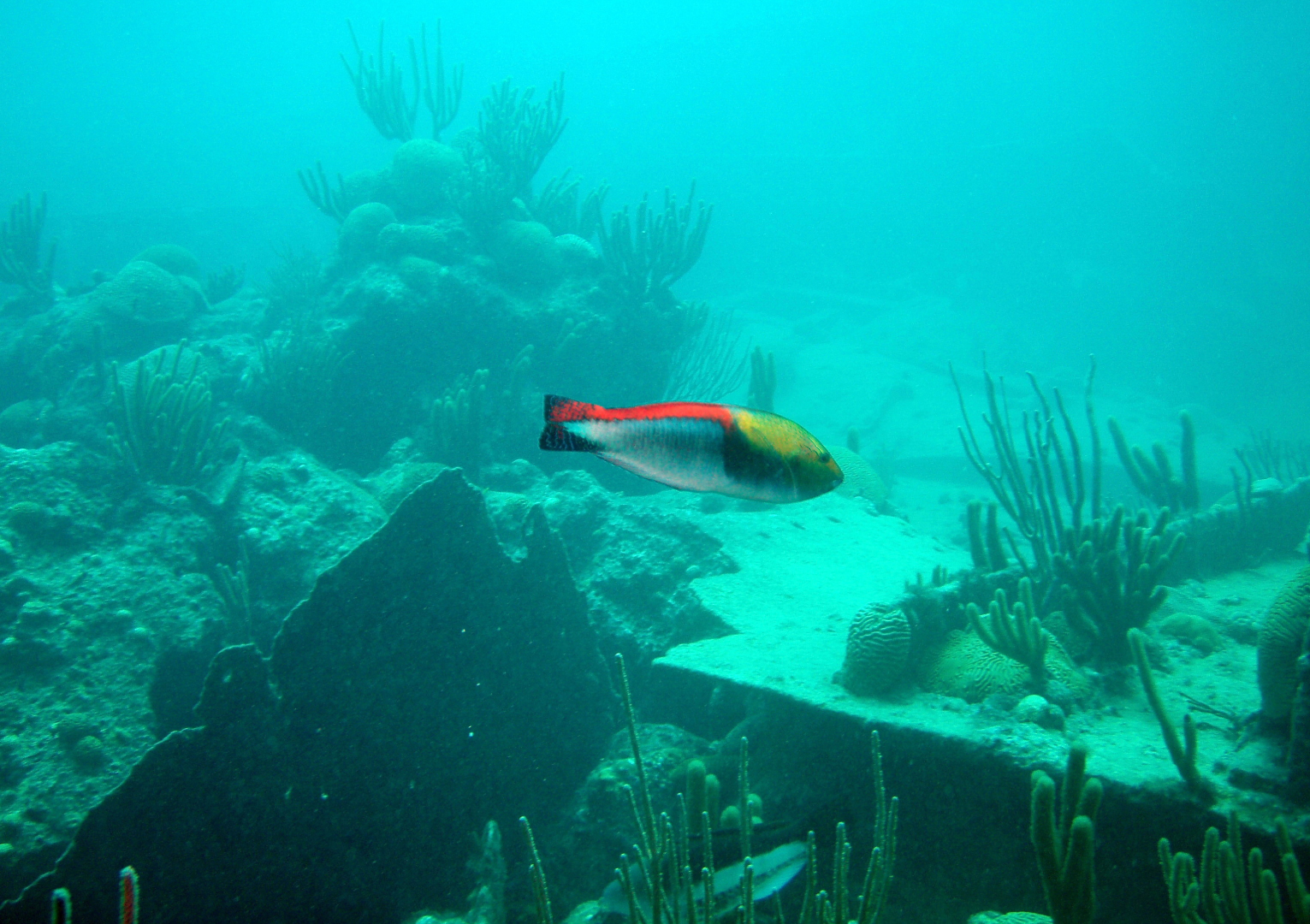 The Pelinaion was a 385 foot Greel cargo steamer and was another victim of World War II. The British had blacked out the lighthouse in a bid to stop the German's from spying on Bermuda. The captain Jani Valikos had a perfect record, had sailed past Bermuda many times, and was only months away from retirement. He was making one of his last journeys as a captiain from West Africa to Baltimore in 1940, carrying cargo of Iron Ore. Photo by Eric Prescott.

Without the lighthouse tp guide him he couldn't find the island until he struck the reef off St. David's Head. The ship was split into two sections; the bow lies on the reef at a depth of 30 feet and the stern is in the sand at 70 feet. Most noticeable are the ships giant steam boilers, huge triple expansion engine standing upright and a spare propeller strapped to the deck.