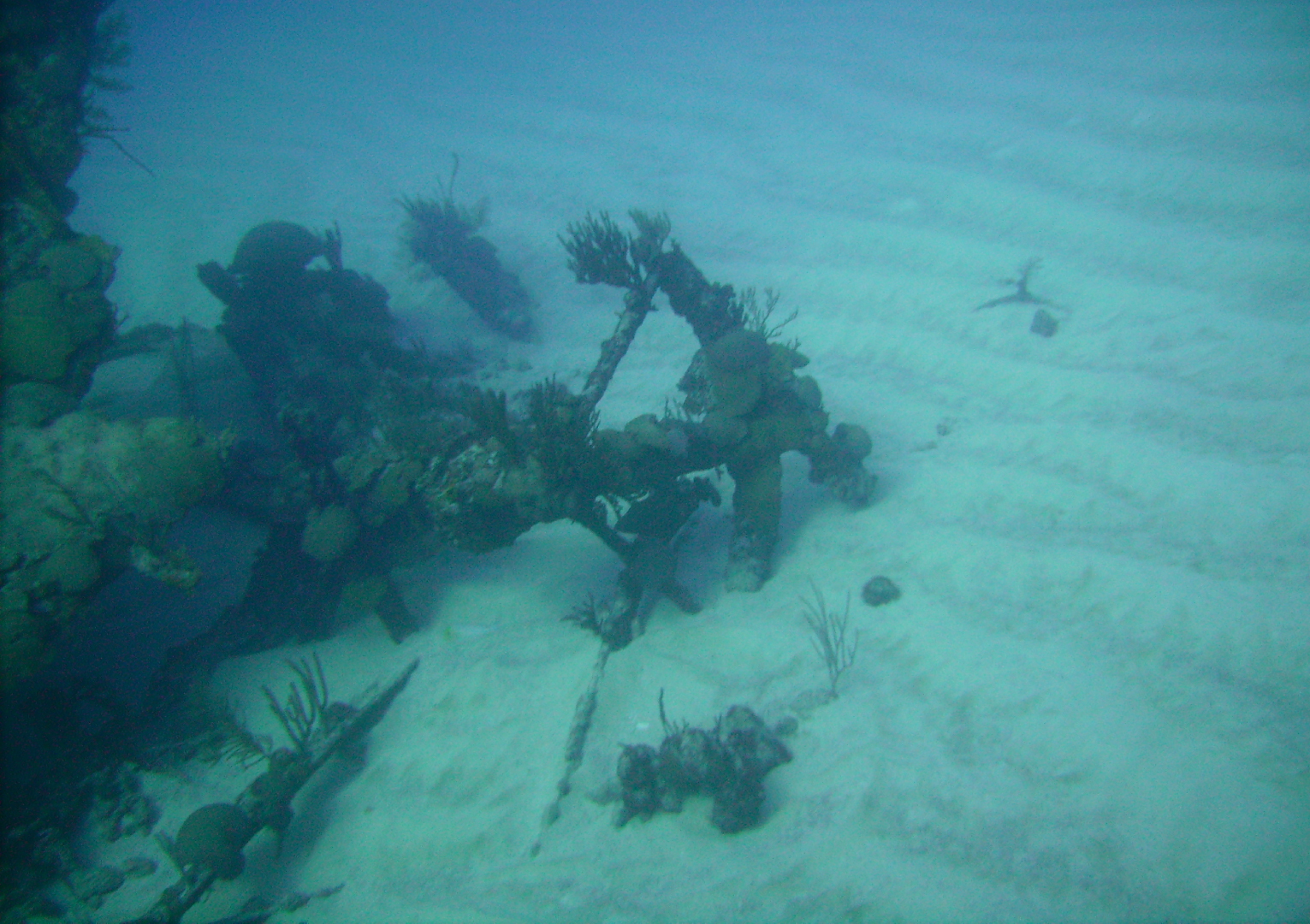 Minnie Breslauer sank on it's maiden voyage, on New Years Day. This 300 foot long English steamer was built and launched towards the end of 1872.   Bound for New York it departed Portugal with an assorted cargo of cork, lead ingots, dried fruit and wine. The captain and his 24 crew were in good spirits on this trans-Atlantic voyage. Intending to use Bermuda as a landmark, the captain edged his new ship close to the islands South Shore. He did not have the appropriate navigation chart and was unfamiliar with the waters. Cruising at full speed, the ill-fated ship rammed into a submerged reef one mile offshore, causing the bow section of the hull to collapse. Not realizing the extent of the damage, the captain desperately tried to back his ship off the reef. This immediately caused it to begin sinking. Photo by Mike Fiorini.

Today, the giant shipwreck is off Bermudas south shore, not far from the Fairmont Southampton Hotel beach. The wreck lies on it's starboard side on a coral slope, with it's crumpled bow at 40 feet and the stern against the flat sand bottom at 70 feet.