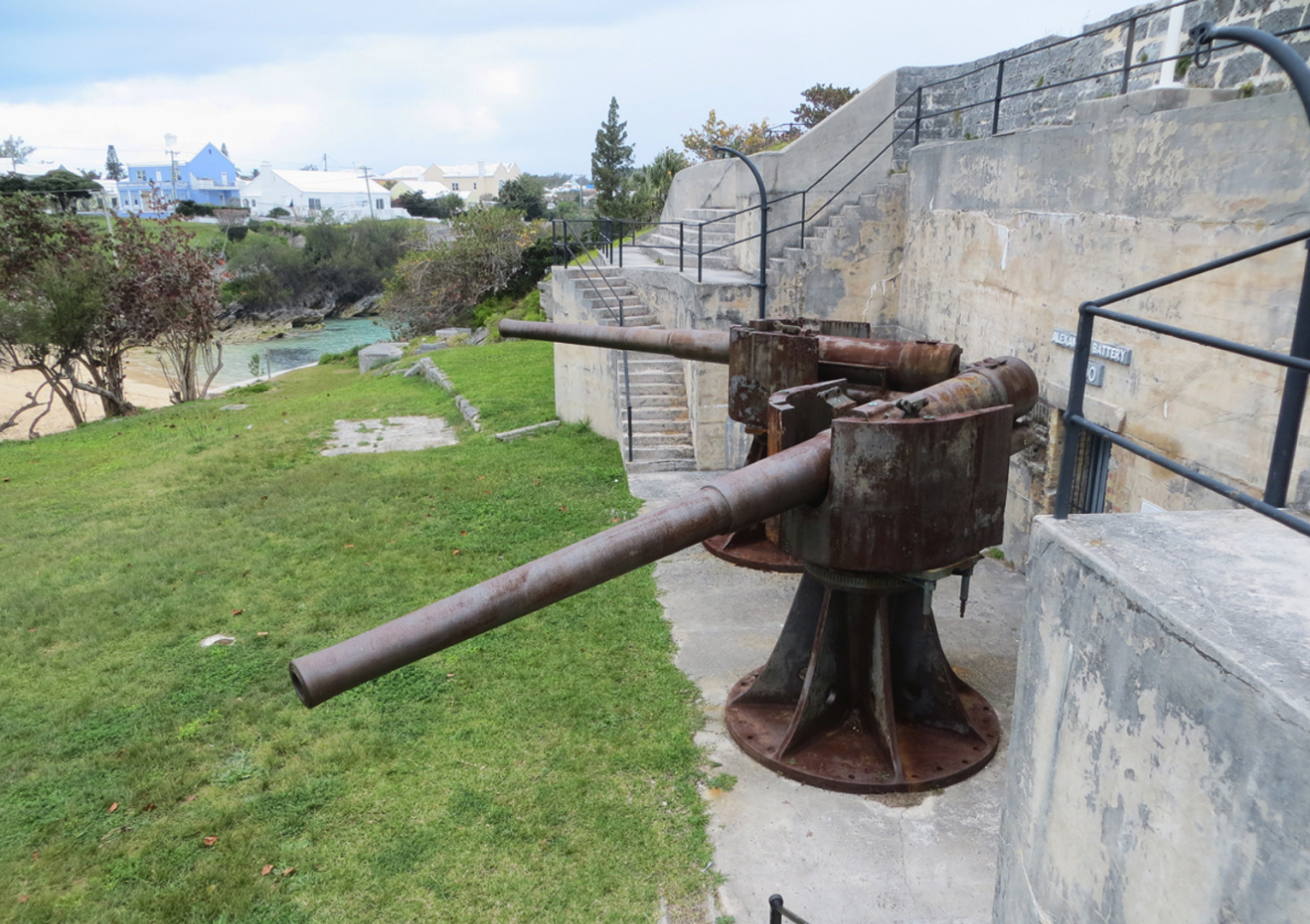 Alexander Battery Beach is located at Builder Bay, adjacent to Alexander Battery on the eastern shore of St. Georges. When the first settlers were shipwrecked off of St. Georges, remains of their ship, the Sea Venture, drifted ashore into Builder Bay (hence the name). They used these remains to build two smaller ships  from its remains; the Deliverance and the Patience. Some of the settlers then sailed the Deliverance on to the New World to found the British Colony at Jamestown, Virginia. A replica of the Deliverance is found at Ordnance Island, St. Georges. This beach is also known for its seaglass. Its is about a 30 mnute walk from the Town of St. George's. No facilities available here. Photo by Dan Armstrong.