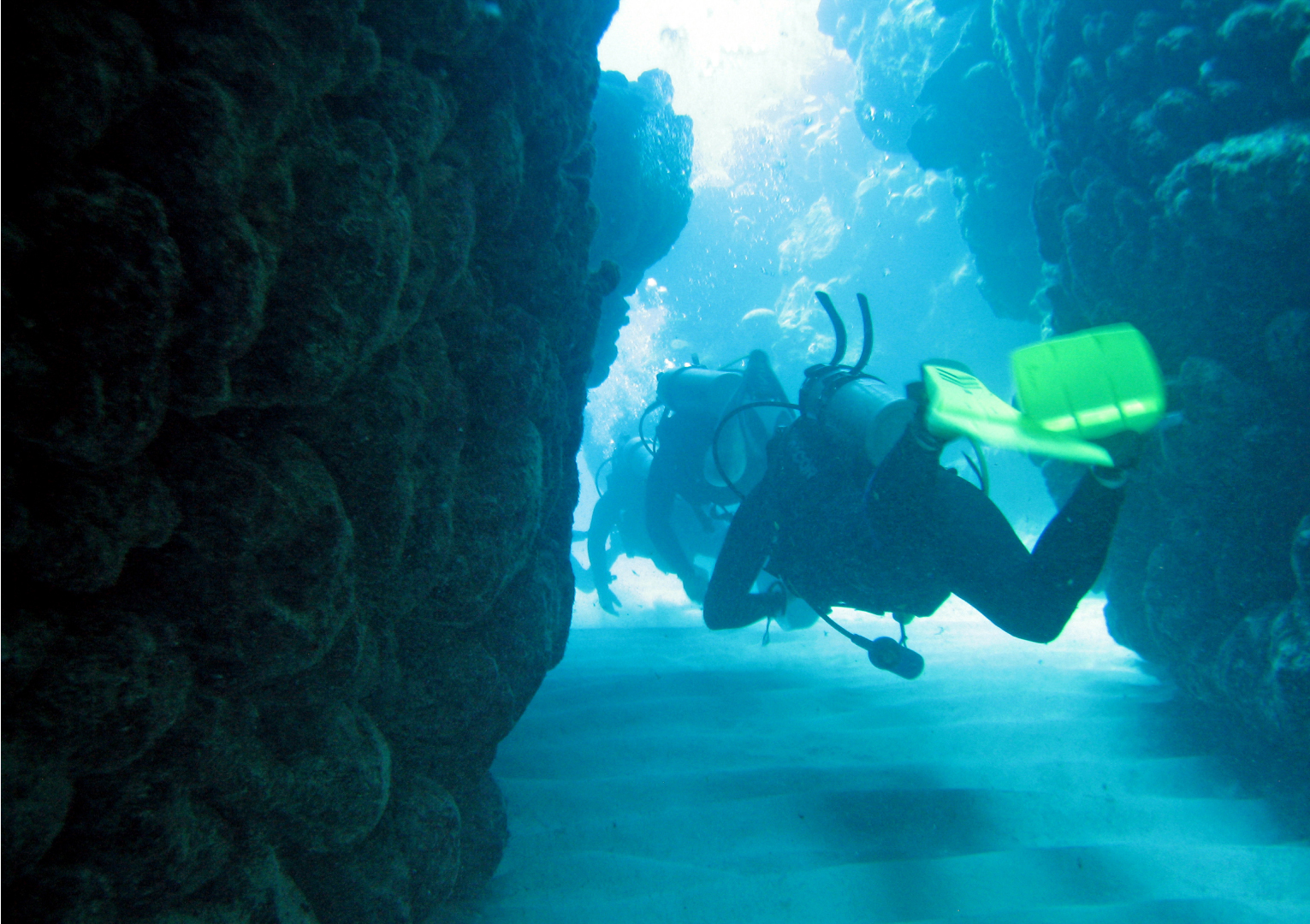 The Virginia Merchant, is one of the older wrecks actively dived upon in Bermuda. It is also the wreck with the largest loss of life mainly due to the fact that very few people were able to swim in the 1600’s. The Virginia Merchant was an English sailing ship and had 179 people on board when it wrecked on March 26th 1661, only 10 people survived. The vessel was carrying a general cargo to Jamestown, Virginia under the command of Captain Robert Burke. Nearly 250 years underwater and there is very little wreckage left. The most conspicuous part is a large pile of granite ballast and a metal hook, which was probably used as an anchor. The cannon was recovered and is located at the old Sonesta Beach Hotel on South Shore, which is probably the closest point of land to the site of the wreck. The wreck lies in a little over 40 feet of water. The visibility in this area varies between an average of 60 feet in the summer, to over 100 feet in the winter. There is very little of the wreck still to be seen, but this is a favourite site because the surrounding reef is very interesting. Photo by Curtis & Renee.