A Short History of Bermuda

Although Bermuda remained uninhabited until the 1600s, it had been charted as early as 1511 in a book on Spanish exploration in the Caribbean by Peter Martyr. It is named for Juan de Bermudez who captained his ship La Garza near Bermuda in 1503. The name “Ya de demonios”, the Islands of Devils, is seen on a later map, the Mappa Mundi by Sebastian Cabot of 1544. Bermuda was so-named not only because her reefs were a hazard to navigate, but because strange sounds were often heard coming from the islands. Eventually those sounds were found to emanate from hogs and large sea birds.

In 1609, the Sea Venture set sail from England to bring supplies and new settlers to Jamestown, a struggling settlement in Virginia. A terrible storm hit and water filled the lower decks despite the crew throwing as much ballast overboard as possible. They were losing the battle when St. Elmo’s fire, an electrical weather phenomenon which can occur during thunderstorms, appeared on the rigging. Some on board took it as sign of hope, others feared for their lives with renewed vigour. Then a dark smudge of land was seen and Admiral Sir George Somers guided the ship toward it. Their luck held as the ship wedged itself between two reefs which prevented her from being smashed in the shallow waters. All hands were rescued. Once assembled in a sodden mass upon the beach they gave thanks to God. They had found salvation on the uninhabited islands of Bermuda.

In the storm the fleet was scattered, one ship was never seen again. When Sir George shipwrecked on this land he focused on his original purpose. The settlers and crew soon built two new ships to continue on to Virginia and fulfill their duty. But Bermuda had found a way into their hearts. Hyperbolic description of the potential riches of the land, the pearls, ambergris, and the fertility of the land resulted in a Charter being sought by the same Virginia Company to invest and settle in Bermuda. Sir George died in Bermuda in 1610 when he returned to load up more food for the settlers in Virginia. He died from eating “a surfeit of pork”. We think this means food poisoning. According to local tradition, Sir George so loved Bermuda that he instructed his heart be buried here (his body was returned to his hometown in England, Lyme Regis). The exact location of the Bermuda burial site remains a subject of debate, although there is a plaque suggesting the vicinity of the burial in Somers Garden in St. George’s.

The first ship of settlers and the first Governor for Bermuda, Sir Richard Moore, arrived aboard the Plough in 1612. By 1614 they realized that Bermuda did not offer a great return on their investment and the Virginia Company surrendered Bermuda to the Crown. Bermuda then became a colony of Britain. Shortly after, a new company was formed called the Bermuda or Somers Isles Company. It was granted a Charter for “the plantation of the Somers Isles” by King James I, though Bermuda remained subject to His Majesty’s overall command. Bermuda was “rented” if you will, but tobacco did not thrive and the Bermuda Company was dissolved in 1684 with the colony reverting to the Crown.

Islanders did import and use slaves to create an economical pool of labour. The first official record of slaves in Bermuda was made in 1617, and the institution continued into the 1800s. Slavery was abolished in Bermuda in 1834.

After the Bermuda Company dissolved, the inhabitants were free of the restraints imposed by the conditions of the Charter and they became traders and privateers mostly between the Caribbean and North America. Many former slaves became skilled shipwrights and sailors of the Bermuda built ships. Later immigrants to the islands in any significant numbers were Portuguese who came to Bermuda as agricultural workers from the 1840s. In the late 1800s many immigrants from the West Indies also arrived. 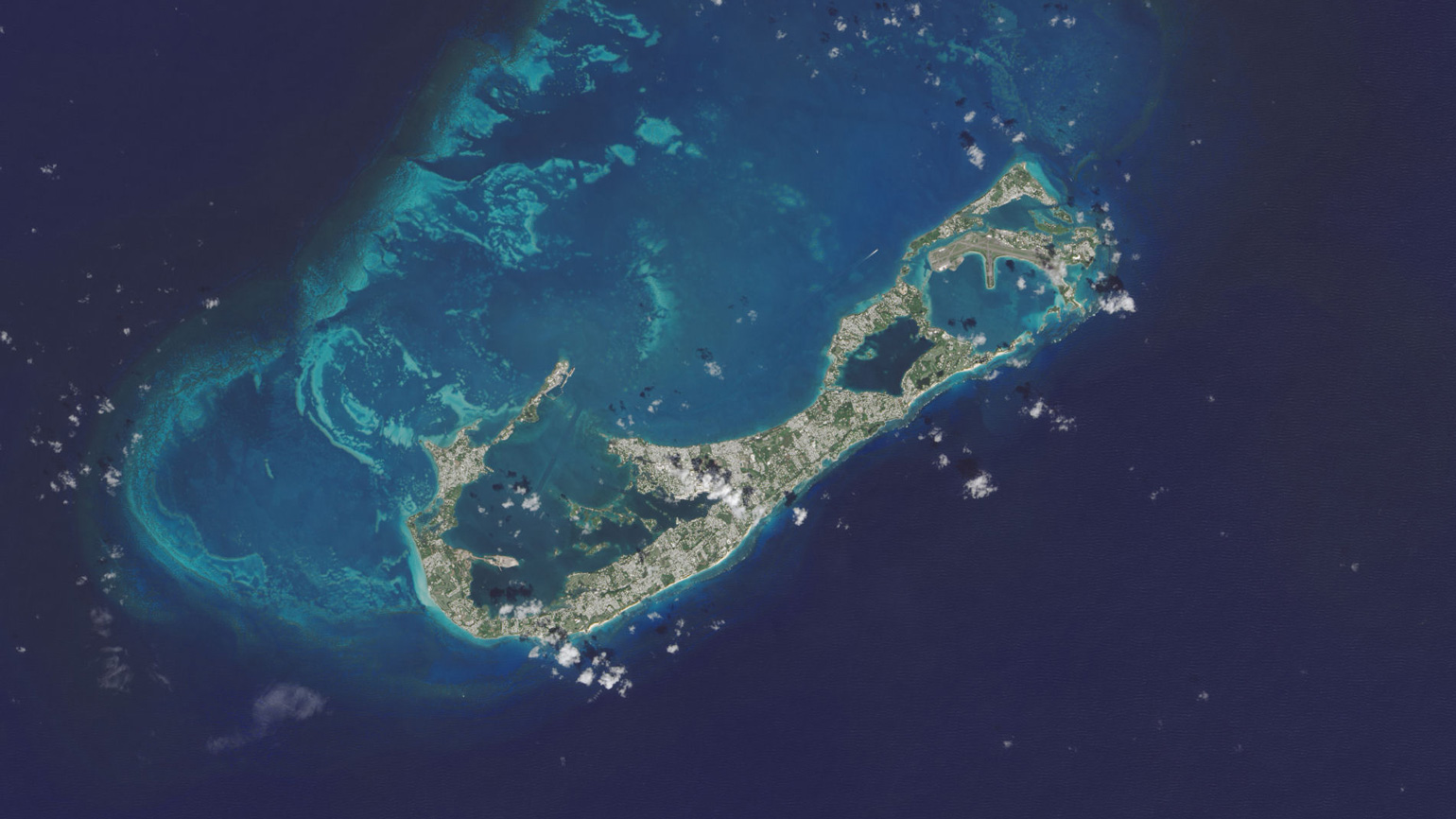 Bermuda’s strategic position in the Atlantic has allowed it to play a special role in world events throughout its history. Bermuda remained  officially loyal to the Crown during the American War of Independence, though gunpowder was unofficially provided to the revolutionaries in exchange for the lifting of a trade embargo. With the construction of the Royal Naval Dockyard in the early 1800s, Bermuda became Britain’s third Atlantic base (along with Halifax and Antigua) and was used successfully during the War of 1812. During the U.S. Civil War, Bermuda served as a trans-shipment centre for the Confederacy as they attempted to keep their cotton trade alive. Bermuda also played a strategic role in World War II when Britain signed a 99-year land lease with the United States providing them valuable lands for the establishment of military bases. The Americans built and maintained Bermuda’s airport (Kindley Field) until 2000 when they cut their lease short and returned all lands to Bermuda.

In the 20th Century tourism blossomed. Tourism had in fact begun to take hold in the late 1800s when regular steamship service between New York and Bermuda was established. In the early 1900s Bermuda began to promote itself in East Coast cities of the U.S. Commercial air service to Bermuda began in 1937 when Darrell’s Island Marine Airport was opened in the Great Sound. In 1946, Darrell’s Island closed as Kindley Field transitioned into a commercial operation.

While Bermuda is still considered a prestige destination, tourism numbers have fallen since the heady days of the 1980s. Today’s dynamic and truly global travel industry is making new demands on the Bermuda product and its delivery. However, dedicated efforts to revamp and respond are ongoing.

Offsetting the downturn in tourism has been the rise of International Business. Bermuda plays a significant role in the global insurance market and is also known for fund and trust management and banking. A sensible regulatory environment, industry expertise, world-class telecommunications and a neutral tax environment are the keys to the growing success of this sector.

* Information courtesy of the Department of Statistics

Welcome in the Christmas Season with The Bermuda Chamber of Commerce! On Thursday, December 1st, 2022, from 5:30 to...
6 Dec
Drinks/Wine

Put your brain power to the test at Quiz Night at Frog & Onion every Tuesday. From 7pm, you can join Quizmaster...
6 Dec
Quiz Nights
View More
Advertisement
Previous Next